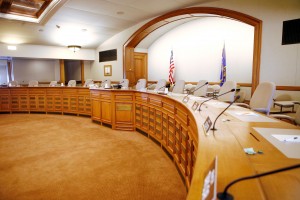 The University of Wisconsin System Board of Regents is meeting at UW-Milwaukee today and tomorrow, June 3 and 4. Registration for the Webex videoconference of the open portions of the meetings is here.

The full board will meet Thursday afternoon and Friday morning. Thursday afternoon’s agenda includes introduction of the new members of the board, updates from UW System President Tommy Thompson and Board of Regents President Drew Petersen and the presentation of UW-Milwaukee’s NCAA Division I Athletics Report. The board will also move into closed session to consider honorary degrees at UW-Milwaukee and changes to compensation agreements for two UW-Madison football coaches.

Friday’s agenda includes approval of committee action, the presentation of academic staff awards, and the election of the 2021-22 officers of the Board of Regents. For the first time in many years, there appears to be a contested election for board president. Vice President Michael Grebe, a Walker appointee, and newly-appointed Regent Ed Manydeeds have both said they are standing for election.